In this post I share A List of Best VPN Service Providers, the ones that are highly rated, fast and loved by consumers all over the world. If you are planning to buy VPN service, consider taking a look and pick the best one.

Before I start, here’s the definition of VPN for those who do not know much about it. VPN stands for “Virtual Private Network‘ , its the network that is private to yourself. When you are using VPN, absolutely no one can track you on the internet. Neither Government spies, nor your internet service provider and not even the VPN service provider itself.

Therefore, if you are someone who is always on the go and have to use public networks all the time, its highly recommended that use VPN service of some sort, so your data can never be hacked or tracked by public networks.

The following is a list of top VPN service providers that I find the best. Do check and let your friends and family know about them:

Express VPN is the #1 and most trusted company when it comes to ranking the best VPN services providers. The company has huge global network of fast VPN servers. They have servers in 160 locations and 94 countries, more than any other provider.

With single subscription, you can connect all your devices to ExpressVPN. They have an app for all types of platforms, not just limited to Android and iOS. One can download the ExpressVPN app for the following devices:

Apart from that, they have browser extensions as well for Chrome and Firefox. You get a complete privacy with Express VPN, no matter which device you use. So, I highly recommend that you buy ExpressVPN subscription.

Windscribe has been a great VPN for me since 2017. I started with their free plan that gives 10GB bandwidth usage, and I just loved it. So much so that I went ahead and started using their paid plan within 2 weeks of my registration.

The Windscribe user interface is the biggest reason why I love them. One can quickly switch from one location to the other within seconds.

Windscribe VPN has servers in 110 cities and 60 Countries, which is really huge. I have used at least 40 locations out of 110 and never had a problem connecting. And, the speed of the network was as lightning as expected.

One can download Windscribe app on Android, iOS, Windows, Linux, Desktops devices and start using the VPN services right away. 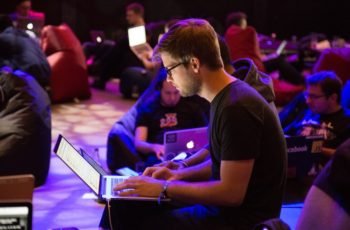 If you want to become a Cyber security specialist, do …

An experienced IT and Digital marketing consultant with more than 10 years of experience. Holds Masters degree in Information Systems and Bachelors in Computer Science. Owns several websites and blogs! Also has a YouTube channel by the name Fixing Tiny Tedious Things. https://www.youtube.com/FixingTinyTediousThings Feel free to reach out if you have any business talks or something to add to this website :)

Our website is made possible by displaying online advertisements to our visitors. Please consider supporting us by disabling your ad blocker.